Tymofiy Havryliv is a writer who seeks to bridge the gap between Vienna and Lviv.

Vienna Central Station. Trains now leave from here in all directions, but not to all the major cities in Europe. It is ironic, or perhaps a reflection of history, that in the new cosmopolitan station the old through carriages to Moscow and Kyiv are nowhere to be seen. World politics as a brake: because the Russian and Ukrainian regimes have been drifting apart for some time, train services have also been suspended.

One of those affected is the Ukrainian writer Tymofiy Havryliv. He will soon board the night train to Budapest, from where he will continue his arduous trip. His destination this time is not Moscow or Kyiv but Lviv. “Instead of getting better, it’s getting worse,” he says. Whereas the steam trains a century ago took just twelve hours for the journey from Vienna to the capital of Galicia, in the new Europe today the trip takes twice as long, despite the fact that the two cities are no further apart than Vienna and Bregenz.

Havryliv has to change trains in Budapest. And wait for hours. The train doesn’t depart for the Hungarian-Ukrainian border until 7 a.m., where he will once again have to hang around until the late afternoon for the carriages to be changed to the broad-guage rails in Ukraine.

“I won’t get to my home in Lviv until the late evening,” he says. His journey between two unequal European hemispheres also leads him to a political conclusion: “Statements by political representatives tell us little about the actual distance separating Ukraine from Europe. The communication and transport infrastructure provides much more information in that regard.”

It disturbs him that his home in the west of Ukraine is further from Vienna’s Central Station than the geographical distance and shared history would lead one to expect. As a writer he does his best to bring them closer together, making the tedious journey from one to the other every eight to twelve weeks.

On the journey Havryliv has lots of time for reflection. He started studying literature in Lviv a few months before the collapse of the Soviet Union. Then, as now, it was a time of upheaval. In their lectures, the old guard stuck stubbornly to the history of the Communist Party and then demanded a critical discourse of their students in the exams.

Critical discourse? Not really. Many Ukrainian intellectuals fell victim to Stalin’s terror. Others became members of the nomenklatura, switching after the collapse of the Soviet Union in 1991 from the Communist to the flag-waving nationalist camp.

Tymofiy Havryliv and his wife Oksana, who was studying German, visited Vienna for the first time after 1991 to continue their studies. He recalls: “I was enchanted and enthralled by the decorative shop windows, full of curiosity about the materialism of the modern, post-modern world.”

Today he sees Vienna in a more sober light: “People hardly ever laugh. The Viennese are sullen, and the smiles of the shop assistants seem artificial, like a mask.” He adds that his compatriots, for all the war and crises, have a much more positive attitude.

What problems does he have in Vienna? “The Viennese will never give their opinion directly. I’m not a diplomat and I don’t always understand what they really mean.” And what does he like better in Vienna than in Lviv? “The infrastructure is fantastic. You can get anywhere quickly and easily on public transport, by bike or on foot. And being very much a city person myself, I’m impressed at the greening of even the smallest squares.”

Vienna is like Lviv on a larger scale: “Parts of the city, particularly those with old buildings, are very similar. The shared cultural and architectural background is evident.”

Many of his impressions of Vienna have found their way into his poems and novels, some of which were written in the apartment in Ursulinenhof in Währing, where he lives happily with his wife and two sons: “An oasis in the middle of the noise of traffic on the relentlessly busy Gürtel road.”

And yet his work, which tells of a different Europe, is barely known in Vienna. He last gave a reading in 2009. As a supporter of the Maidan movement, which calls for an end to the old political elites and oligarchs, he is often invited to discussions about the conflict in Ukraine. But no one is really interested in his books.

Vienna Central Station. The train for Budapest is leaving. Goodbye and have a good trip! The writer will be back in Vienna in six weeks, hopefully with better news from his homeland. 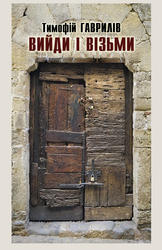 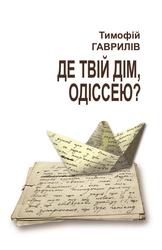 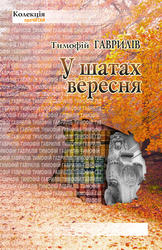 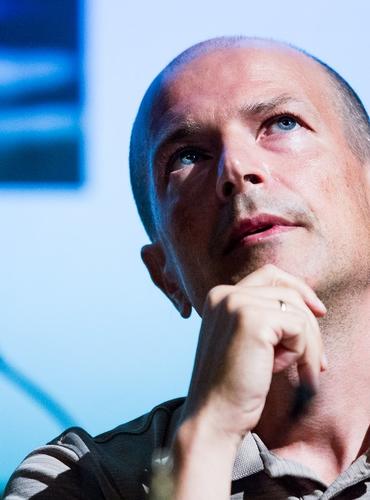