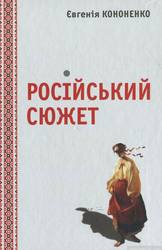 Eugenia Kononenko, who is considered in Ukraine one of the best masters of stories and novels, — this time is the author of a novel, which is, however, wrote with elegance and succinctness of small genres.  Why is this Ukrainian novel named «The Russian Story?» The fact is that we consider here a kind of remix of a novel in verse by Olexander Pushkin «Eugene Onegin», based on the realities of modern Ukraine. Actually, the time in which the events of the novel are unfolding are present days starting from the crisis 90ties. The protagonist of the novel, named like the Pushkin’s hero — Eugene, grew up in a family of Kyiv intelligentsia, and is the bearer of a double identity. Like most young intellectuals, after the collapse of the Soviet Union, he finds himself in certain vacuum: no work, broken plans, unfulfilled dreams, unsettled house-hold. In this state, he does an «Onegin-like» deed: he moves to a village. And there he meets two sisters who are somewhat similar to Pushkin’s Tatyana and Olga, and there even something similar to a duel between the beautiful sister’s fiance and him takes place. The relationship between Eugene and the younger sister, who fell in love with him in a child-like genuine manner, is developing in such a way that he not quite delicately, though not inten-tionally offends the in-love girl by his arro-gant attitude and ignorance, and thus rejects her love.  Then life of the main character throws him to the United States, where he more or less settles his life, gets married and ... one day meets that same in-love with him girl from the village. However, she is not a funny provincial anymore, but a successful business woman. The fact that Eugene has once ignored her love, rejected her feelings, spurred her to be-come well-educated, and being hard-working, gained her present high status. And Eugene, having met her now, falls in love.  But this time it is her turn to reject his love...  The text is written with slight irony, events are unfolding on the background of the current for Ukraine realities: bilingualism, emigration, crisis in the country, search for identity. 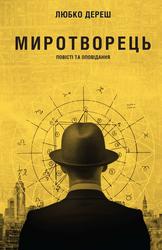 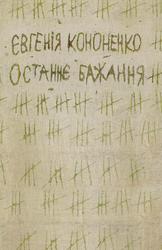